Online lecture: Julie Boeten, The Focus in and on Book Epigrams: A Pragmatic Investigation of Object Clitic Pronouns and the Topic-Focus Pair in Byzantine Book Epigrams (2021-03-02)

The second lecture in the online lecture series Speaking From the Margins. DBBE Online Lectures, Spring 2021 Series will be given by Julie Boeten (Ghent University).

After finishing a Master’s degree in Classical language and literature at Ghent University, Julie Boeten started her PhD at the same alma mater under the wings of the DBBE project in 2015. In 2016, she received her own FWO grant, but remained affiliated with the Database.

The book epigrams in the Database of Byzantine Book Epigrams have formed the corpus for my doctoral research in the past couple of years. Indeed, a sub-database was even designed specifically for my purposes, which is linked to the larger DBBE database. In this sub-database I have tagged a number of features, one of which are the object clitic pronouns (OCPs). These are the pronouns in their clitic form, when they are in an object position, such as με, σοι or τοι. The reason why these OCPs are an interesting word group to tag, is because they are important signallers of information structure.

The so-called focus hypothesis suggests that there may a pragmatic explanation for this. Indeed, focalized information is usually attracted into a preverbal position, which may be the reason for this distribution of OCPs in the DBBE. In this paper, we will have a closer look at this and consider the possible ramifications for Medieval Greek word order in general.

No registration required. The lecture is freely accessible via Zoom: https://ugent-be.zoom.us/j/93997718555?pwd=MjM0MS9LSkJLY3N5V0M2Zmx2WEZBQT09 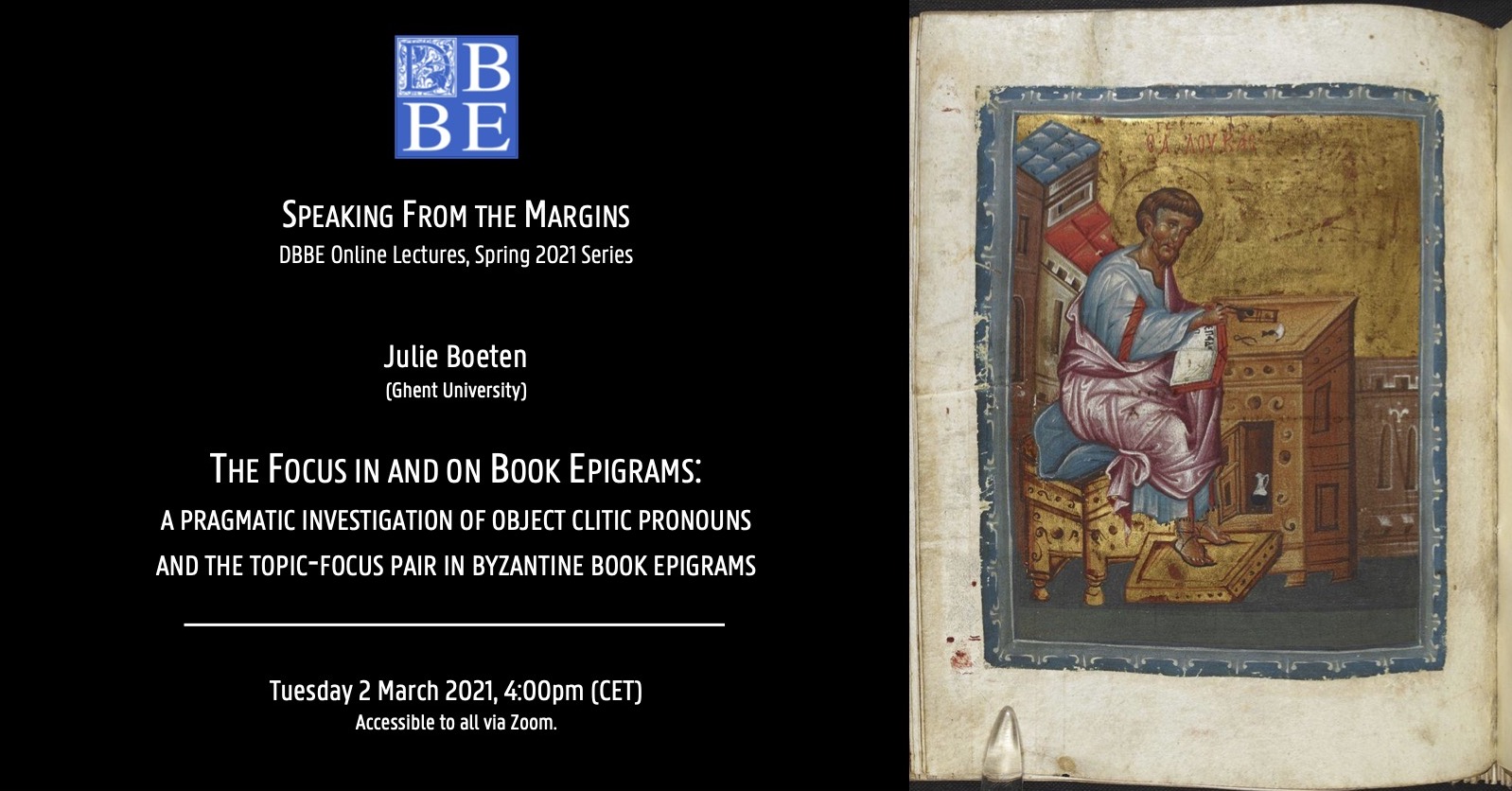