On Thursday 11 February, Andreas Rhoby (Austrian Academy of Sciences) will inaugurate the first DBBE Speaking From the Margins-lecture series. He will dedicate his presentation to the memory of Wolfram Hörandner, professor emeritus of Byzantine literature at the University of Vienna, who recently passed away.

The production of verse in Byzantium was immense. What is left represents only the tip of the iceberg of the poetic production of Byzantine intellectuals. Writing verses (as opposed to writing prose) was not necessarily considered to be something special, as is the case in our modern conception of literature. In Byzantium, a considerable part of the literary production belongs to the genre of so-called paratexts, i.e. texts that accompany or refer to a main text. These paratexts, a huge amount of them composed in verse, occur in manuscripts (often in connection with images) but also as inscriptions. For example, verses accompanying portraits in fresco painting are also paratexts insofar as they accompany an image which represents the center of the composition.

In my presentation, I will discuss the interaction of images and accompanying verses in manuscripts, on fresco paintings and on other media. My lecture will reveal how carefully planned was the production and the layout of images with verses in manuscripts and other media, and how one medium influenced the other. The kosmos of Byzantine metrical paratexts is as wide and colorful as the kosmos (‘adornment’) of images and illuminations and their accompanying verses.

No registration required. The lecture is freely accessible via Zoom: https://ugent-be.zoom.us/j/98880354185?pwd=YnErNHlCWkZxTk43eVlWY0JBNnpPUT09 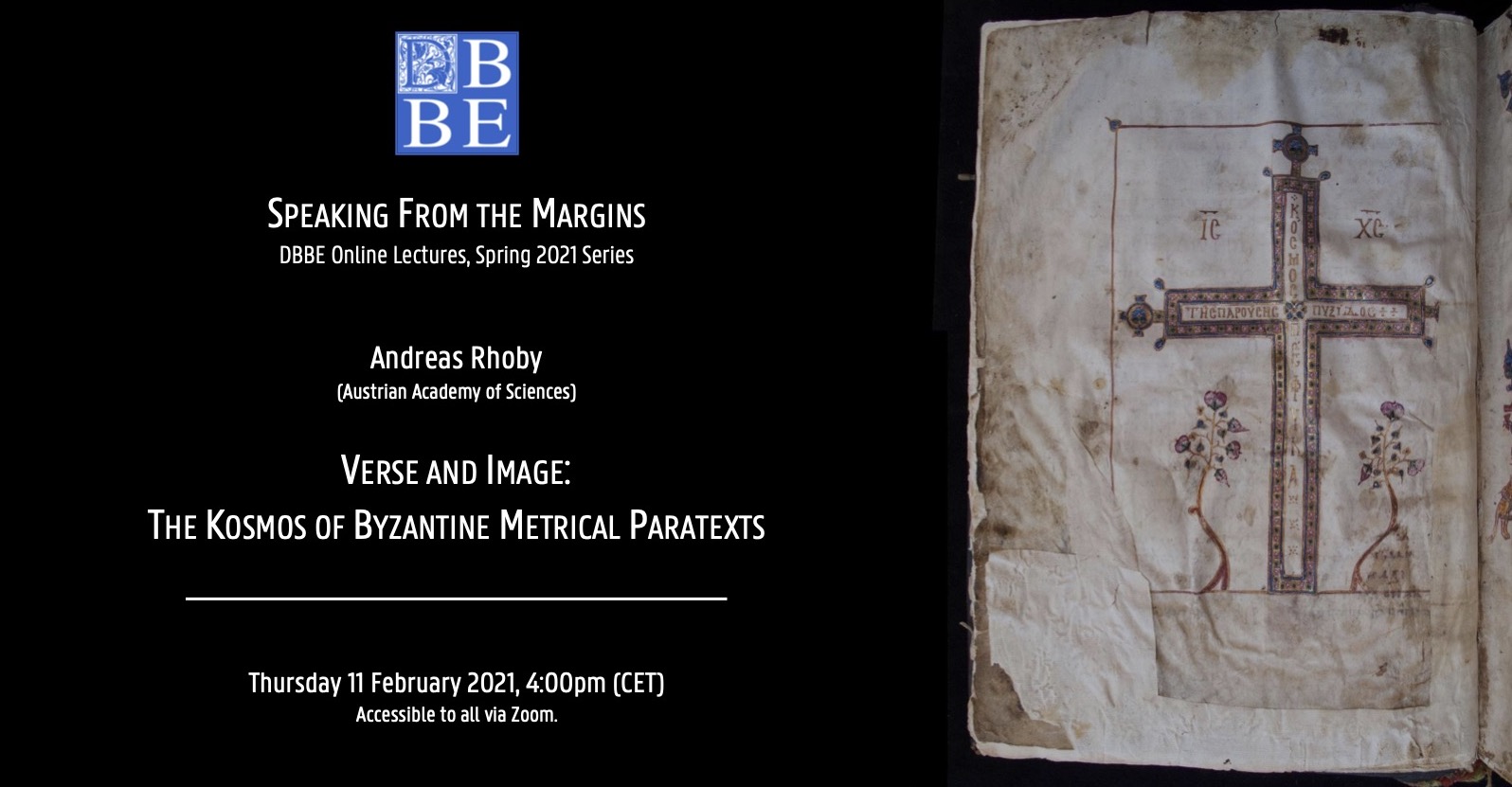